BREEDING RABBITS BY THE MOON 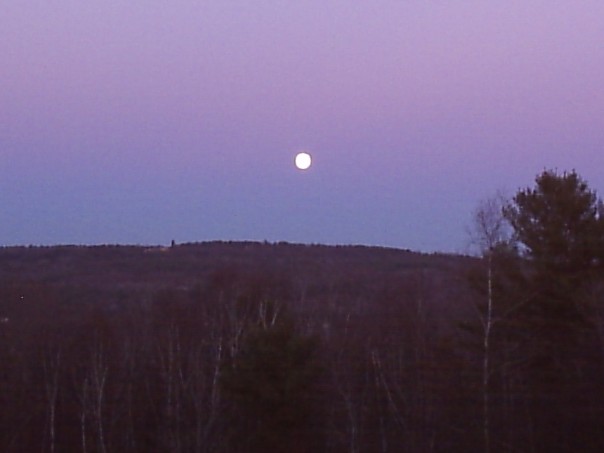 Full moon view at the rabbitry

How did breeding rabbits or other farm animals get tied in with the phases of the moon?

Is this hillbilly folklore or fact? And where did this concept of breeding by moon phases actually come from? These are some of the questions I will try to answer.

The moon has played a huge role in Witchcraft, Greek mythology, Native American stories and Roman mythology throughout history. Both the Greek goddess Selene and the Roman goddess Luna had the moon under their control and human fertility in their power. Today many couples struggling with fertility will try to conceive by the various phases of the moon.

Gardening is often done on moon phases (something else I practice). Considering the mythological role the moon has played in history it is no surprise that rabbits can be bred by phases of the moon. The moon phases do make sense when you think about it…rabbits are nocturnal to begin with and the moon phases have a lot to do with fish and bird migrations, tides, and other wildlife events.

At the local hospitals they swear that the full moon brings out more “weird” cases also talking to the local police and fire/EMT people they say the same thing .

Back about twenty years ago I started to get nothing but bucks out of a few of some really good does. Wanting to save some does out of their litters for replacement breeders, I tried different ideas, different feed, Apple Cider Vinegar treatment (which I now do all the time), and nothing worked I still got bucks.

So I talked to a few old timers and they told me to try to breed on the new moon for more does. They bred horses this way and they swore by it, so I gave it a shot. Low and behold 6 does and 2 bucks in both litters and ever since I have tried to breed by new or full moon with great results. Not 100% successful but you will see that’s there is a definite result! Hillbilly folklore I think not!

I have herd of bad results of breeders that bred on a lunar eclipse on a full moon resulting in unusual amounts of kits born small. Some does that were proven good mothers scattered litters on the cage floor for the first time ever. Some does had difficult deliveries (again proven does) and entire litters were born dead.

I did some research myself and in over 300 individual litters showed that rabbits bred during a full moon phase or waxing had MORE kits, than rabbits bred during a new moon or waning stage. During that research I did not keep track of the sexes (wish I had- kicking my self in the behind) just the litter size. I have been recently keeping track and have had some good results, a lot of breeders think I am crazy to believe this system, but it work for me! So keep track and tell me how you make out!

The second thing that comes into play is the zodiac signs. The various signs either produce good, poor or best quality of the bucks or does. For example does bred during Aries, Gemini and Sagittarius have a tendency to produce poor quality bucks according to the theory. When you combine the moon phases with the zodiac signs you then can breed for specific results. So if a New Moon occurs during a zodiac time that produces the best does that when you should breed for does. Like if a New Moon occurred on July 17, which is during the zodiac sign Cancer that would be a great time to breed for does, because the New Moon produces the most does and Cancer produces the best does.

Some breeders also claim that breeding a hard-to-breed doe on a full moon will always be a successful one. Adding to that their are breeder who claim that there are particular moon phases during the year that will result in the best quality of animals, or also to increase hardiness.

I hope this post sparks some interest for people to keep track and let me know your results good or bad. Join The Rabbit Revolution! and subscribe to this blog page to keep updated when we have new posts.

Raising Meat Rabbits To Save The World! Join The Rabbit Revolution! Like Us On FACEBOOK! Selling Breeding Stock Pure and Hybrid Crosses. We are more than just a rabbitry we are a way of life!
View all posts by riseandshinerabbitry »